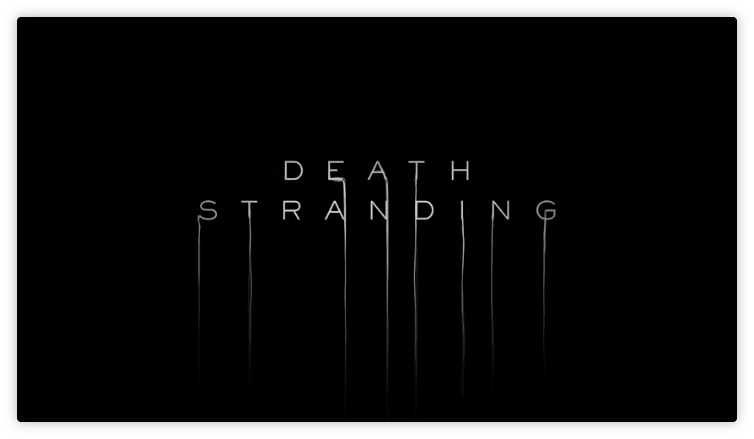 Hideo Kojima’s Death Stranding got a trailer showcased at E3 2018 during Sony’s event. It shows the protagonist walking through various landscapes with a rather heavy looking box on his back. The trailer showed him being followed by a levitating bot and carrying packs of various sizes and shapes in various locales. We also got to see some gameplay footage of the protagonist exploring what looked like an abandoned building.

The trailer of Death Stranding showed the protagonist trying to climb mountains, wade through fast moving streams of water, pulling out thorns from his bleeding feet, and climbing vertical peaks. We also saw that he has a skull tattooed on the back of his hand. He sees palm prints of an invisible person too. When he goes to pick up a photo from the ground, a gloved hand stops him. It turns out to be a woman who asks him to keep quiet. We see lots of survival elements in this game that prompt you to heal wounds and survive by building stuff.

The lead character’s name is Sam and he is seen communicating via radio with someone. He says that the enemies are nearing his position and due to the rain he is stuck in a building. The person on the radio says that if those enemies get to him, he will survive but the surrounding area will be a crater. He is shown to be carrying a fetus in a box that looks like a womb, and using a device to keep enemies (which are floating spirits) at bay. The device looks like a claw that keeps opening and closing. The claw has a beam of light that shows where spirits are. In a rather bizarre turn of events, the trailer ends by showing Sam being pulled into the ground by the spirits and his friend seen earlier appears to eat the baby-like thing that Sam uses to see the spirits. This hints at some horror elements to the gameplay. The post-title scene of the trailer shows a woman on screen who tells Sam that he is too late and that he still doesn’t know who she is.