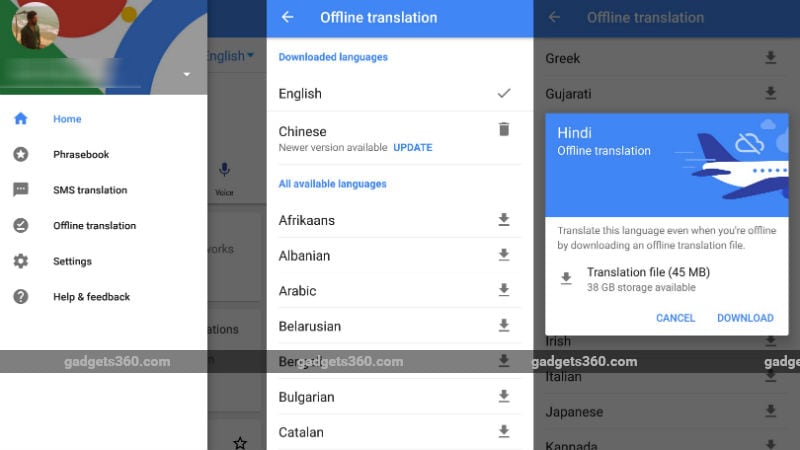 Google is rolling out an update to its Google Translate app that will enable translations even when you are offline. In 2016, Google had implemented ‘Neural Machine Translation’ to make its translation tool better than ever before. The technology giant is now introducing the feature in offline mode, and will run in the Google Translate app directly on Android and iOS devices. This update comes on the heels of rival Microsoft announcing an AI-based offline translator for your smartphones.

The new feature in Google Translate works by using the same neural machine translation technology that Google uses for online translations. However, this time the language set is stored locally in files between 35MB and 45MB in size, to not take up a lot of space on your handset. According to Google Translate Product Manager Julie Cattiau, the technology takes a nuanced approach by leveraging artificial intelligence to take a whole sentence into context instead of translating it piece-by-piece, making the translations better.

“It uses broader context to help determine the most relevant translation, which it then rearranges and adjusts to sound more like a real person speaking with proper grammar,” Cattiau says in a blog post. “This makes translated paragraphs and articles a lot smoother and easier to read.”

In an example, Google shows how the AI translation can make a difference. Even though the result is not quite as good as the online model, it is close enough to help you get by.

The NMT update will be rolled out in 59 languages, including several European and Indian languages, over the next few days. To access the offline translations in the Google Translate app, you will have to go to the Offline Translation settings, and then tapping the arrow next to the language name to download the entire package.