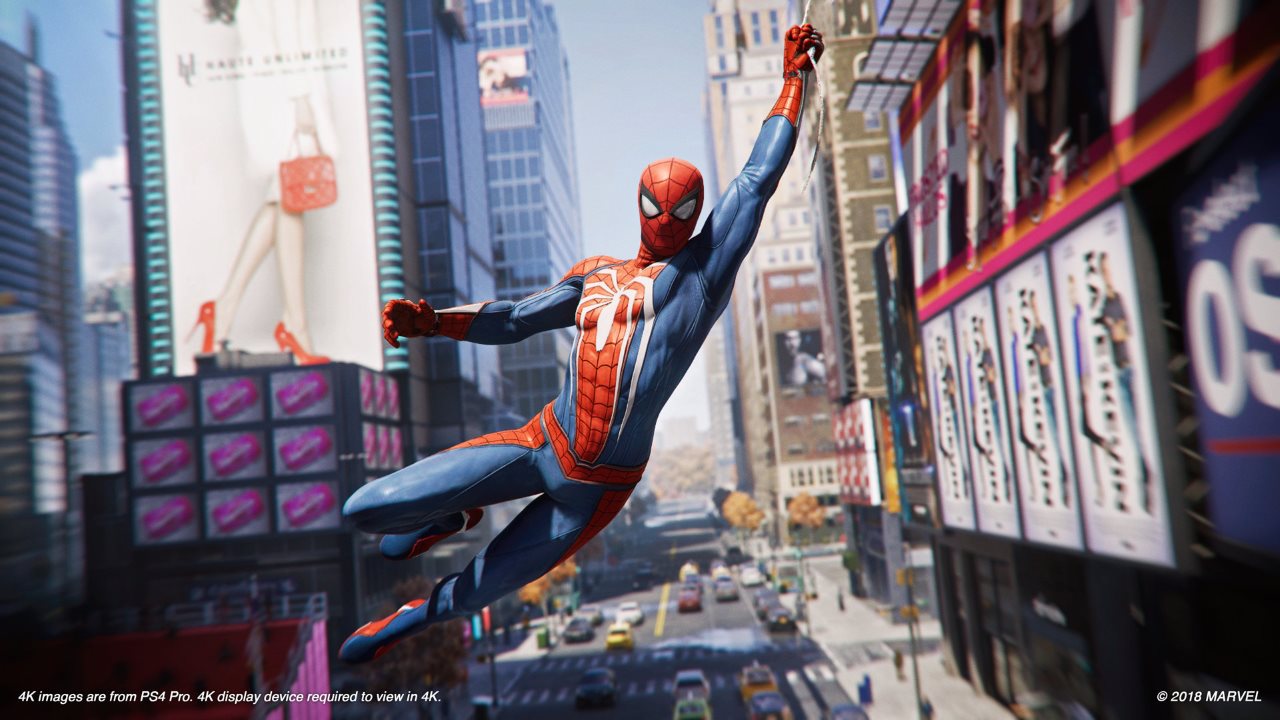 Just days after receiving an extended look from the folks at PlayStation UK, Marvel’s Spider-Man got a new gameplay trailer on Monday, giving us a look at the upcoming title from Ratchet & Clank developer Insomniac Games.

The new Spider-Man trailer, set to the tune of Campfire’s 2017 song “Superhuman”, intercuts between Peter Parker in costume meeting Miles Morales, and the web-slinger performing a variety of stunts including catching a car and catching an enemy – in this case, Wilson Fisk – in mid-air before handing him over to the police.

Later in the trailer, Spidey wonders if there’s “anyone left in New York who doesn’t want [him] dead”, while we get glimpses of the young superhero going up against the likes of Mister Negative and Rhino, and saving a rotor-less helicopter from crash landing in the city streets.

The mercenary Silver Sable, who’s usually a Spider-Man ally in the comics, shows up in the new gameplay trailer as well, reminding our hero to get out of her way or she won’t be “so gentle” next time. Rhino and the Scorpion also make an appearance, with the trailer closing out with Morales filming Spider-Man swinging through the air.

Centred on a version of Parker who’s been Spider-Man for eight years, the new Spider-Man game will tell an original story that will include famous supporting characters such as Mary Jane Watson, May Parker, Norman Osborn, Yuri Watanabe, Black Cat, Kingpin, Shocker, Electro, Vulture, and Taskmaster in addition to the aforementioned lot.

Marvel’s Spider-Man is out September 7, exclusively on the PS4.