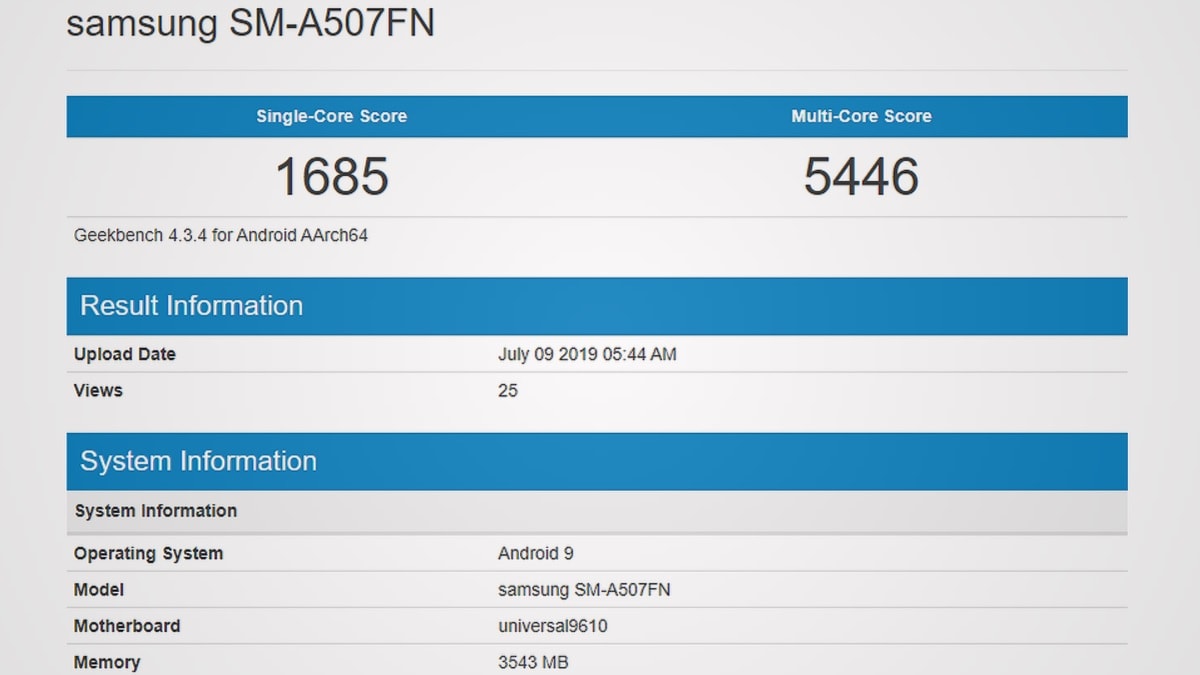 The Samsung Galaxy A50s has been spotted on Geekbench carrying the model number SM-A507NF, which appears to be an incremental upgrade over the Galaxy A50 ₹ 18,030‘s SM-A505F model number. The Galaxy A50s’ Geekbench listing was spotted by Nashville Chatter, but we have come across a total of three Galaxy A50s listings on the benchmarking platform’s database, all of which are dated July 9.

As for the key takeaways from the Galaxy A50s’ Geekbench visit, the phone was spotted running Android Pie. The processor powering the phone is listed as Samsung’s in-house Exynos 9610, which also ticks inside the Galaxy A50. The amount of RAM also stays the same at 4GB, which is an indication that the Galaxy A50s won’t bring any major upgrades in terms of brute performance. The single core and multi-core scores of 1,685 and 5,446 are also in the same ballpark as the Geekbench tally of the Galaxy A50.

So far, we are yet to come across any credible leaks or official teasers regarding the Galaxy A50s. While it cannot be said with certainty, but the Galaxy might come with an improved camera and design tweaks to distinguish itself from the Galaxy A50. We might also see some changes to the display size, dimensions, and battery size, but these are just speculations and must be processed with a fair amount of scepticism