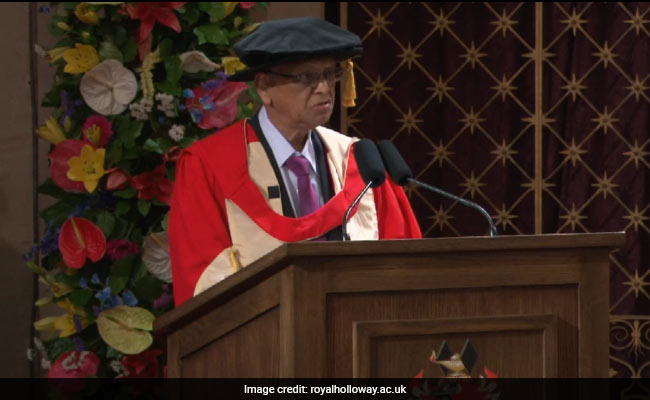 The ceremony was held at the university’s campus in Egham, Surrey.

NR Narayana Murthy, co-founder of country’s second largest software services company Infosys, was awarded the honorary degree of Doctor of Science, (Honoris Causa), by Royal Holloway, a public research university and a constituent college of the federal University of London. The honorary degree has been awarded for his outstanding contribution to the field of Computer Science and the role model he represents in India and on the global stage.

The ceremony was held at the university’s campus in Egham, Surrey, where Mr Murthy was joined by students from the Department of Computer Science who received their relevant undergraduate and postgraduate degree certificates in the field of Computer Science.

Currently Mr Murthy serves on the Ford Foundation Board of Trustees.

His other affiliations include the United Nations Foundation, the Institute of Advanced Study, and the National Institute of Engineering.