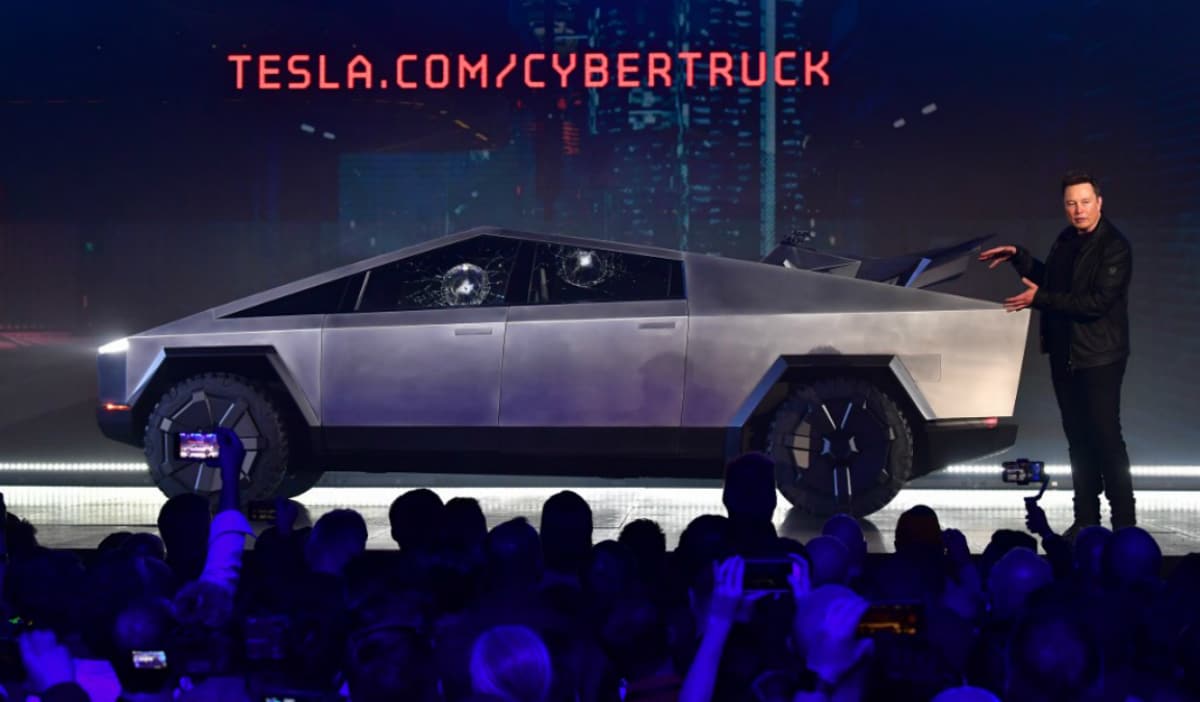 The big reveal of Tesla’s electric pick-up went embarrassingly wrong when the supposedly impact-proof windows smash, leaving a flustered Elon Musk to flounder through the rest of his presentation in front of a badly damaged vehicle.

The Tesla co-founder unveiled the all-electric battery-powered Tesla Cybertruck in California on Thursday, daring staff to hit the vehicle with sledgehammers and showing a video of it withstanding bullets shot from a 9mm gun.

But the demonstration of the vehicle’s indestructible windows didn’t appear to go entirely to plan after one assistant threw a steel ball bearing at the truck — only to see the armoured glass smash.

An expletive could be heard at the Tesla Design Center and as his assistant laughed nervously, Musk said: “Well, maybe that was a little too hard.”

A second attempt fared little better however, and another window was left badly damaged.

“It didn’t go through,” said a clearly uncomfortable Musk, who was forced to push on through the remainder of the chaotic launch with the two smashed windows in full view.